WeNet is honoured to announce that consortium member Prof Carles Sierra has received the 2019 ACM/SIGAI Autonomous Agents Research Award. The ACM/SIGAI award is granted annually to one researcher and recognises their research excellence and influence in the field of autonomous agents.

Prof Sierra currently serves as the Vice-Director of the Artificial Intelligence Research Institute (IIIA) of the Spanish National Research Council (CSIC). Over the years, he has made seminal contributions to a variety of topics in multiagent systems, such as negotiation and argumentation, computational trust and reputation, and artificial social systems.

The award recognizes Prof Sierra’s outstanding contributions on the field of Autonomous Agents (AI discipline), his influence into setting up the direction of the field and his efforts in motivating a community of researchers. His work has pursued answers to fundamental agent research questions: how to interact and with whom, and how to design frameworks for agent interaction. This work played a significant role in establishing the foundations for these questions and motivating further research across the community

Prof Sierra has also served the multiagent system community in various leadership roles, including General Chair of the AAMAS conference, its Program Chair and Editor in Chief of the JAAMAS journal.

We are pleased and proud to have Prof Sierra as part of the team building WeNet, an online platform which will empower machine mediated diversity-aware people interactions.

See official announcement at this link

To stay updated to WeNet news and developments, subscribe to our newsletter http://bit.ly/WeNet_subscribe

RT @NGI4eu: Join our high-level online webinar on 🗓️31 January 2023 & explore the evolution of #DigitalCommons & how it can support #EU tow…

RT @NGIoT4eu: 📢Forge winning #partnerships for the #HorizonEurope Work Programme on #data and #computing technologies. Pitch your idea or…

RT @NGI4eu: 📢We are excited to announce that Nele Leosk, Ambassador for #DigitalAffairs of #Estonia - @MFAestonia, will be our keynote spea… 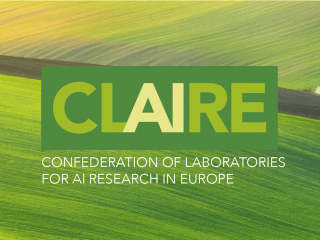 Next Post (n) Workshop and call for papers: A feminist approach to data protection