Society relies on collaboration between people to advance and to thrive, from settings as diverse as scientific projects, sports teams, and negotiation talks. But how can we get people to engage in helpful activities in a sustained and prolonged way? The team of project partner Ben-Gurion University is studying the role of incentives as a mechanism to guide people’s contributions in the WeNet project.

Their key contribution is the design of the WeNet incentive server, which is a general purpose platform for generating non-monetary incentives for guiding users’ behaviour. The server supports two types of incentives: generating motivational messages and virtual rewards (such as badges) for completing tasks. The incentives generated by the server can naturally adapt to diverse types of users, such as their skill level, behaviour characteristics, or demographics, and they can generalise in a natural way to different domains.

For example, consider a Q&A forum on programming, such as Stack Overflow. A motivational message can be a pop-up message or an email that encourages them to answer an important question for which they are experts; another example is a “revival” badge that can be awarded to users who answer a question that has been dormant for a while.

The fact that the incentive server is general purpose means that one can optimize the incentive generalization using computational/AI methods. This was demonstrated in the recent pilot using WeNet technology to launch a Q&A site to be used by different people in different countries. The Ben-Gurion University team worked together with domain experts to design multiple badge types and generate them to hundreds of users. For example, a “First Activity Performed” badge was awarded to users posting their first question or answer in the system. They studied the effect of badges on participant activity in the WeNet platform, and how to ensure that they are generated in an ethical and a transparent way to users.

The Ben-Gurion University team found out that participants increase their level of activity as they near the badge boundary and showed that this effect varies across the different communities of WeNet (country and work intensity). More recently, the team has used contextualised Multi-Armed bandits as an AI approach for personalising badges for users in the pilot.  This approach is about to be used in a future release of the incentive server.

Would you like to know more about how to use incentives to guide people’s activities? Check out our deliverable D4.2. 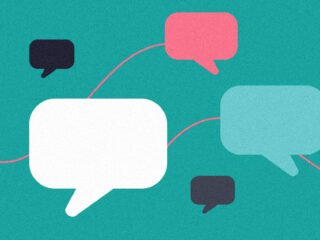