We live in a world where the concept of ‘diversity’ has more value than ever; human societies are becoming increasingly interconnected; the occasions in which “different” individuals come into contact are more frequent. And yet, beyond the intuitive importance of the concept of diversity, this term hides considerable complexity.

We can think of diversity in two ways, as a factor in the segmentation of society and individuals and secondly, as something more intrinsic. In the first case are all those ascribable and acquisitive socio-demographic characteristics that allow a population to be segmented. Examples are gender, nationality… etc. In the second case, all the experiences, skills, abilities and values that each subject develops and acquires during the course of their lifetime. The first view of diversity allows us to measure the level of inequality of a social system, based on the distribution of resources and opportunities, according to the segment of society examined. The latter view, on the other hand, describes the degree of contribution that an individual can give to a community by making their skills available. In the first case these are given and at the most, one can try to correct them in terms of modifying distributions. In the second case, due to their nature, they can be exploited for the improvement of a given community in terms of interventions, potentially putting different individuals in contact, in a complementary way.

In this scenario, diversity becomes a resource capable of enhancing human life. In other words, it is to leverage social practices, i.e. routine behaviors that integrate different types of elements, such as bodily and mental activities, material artefacts, knowledge, meaning, skills and so on. Where individuals do not freely choose between practices based on utility or similar individualistic concepts, but are “recruited” into practices based on their background and history. As Bourdieu (2005) stated in his latest work, there is a shift in focus from ‘ human behaviour by slices’ to the holistic perspective of social practices, where individual people are considered as a central point, where multiple practices intersect. It is the presence and interaction of these multiple practices that give rise to a particular social or community structure.

Sometimes social scientists or economists break human interaction down into zero-sum and non-zero-sum components. New technologies arise – like WeNet – that permit or encourage a new, richer form of interaction, a non non-zero-sum interaction. For intelligible reasons, human social structures evolve that realize this rich potential — that convert non-zero-sum situations into positive sums. Thus, social complexity grows in scope and depth. This isn’t to say that non-zero-sum games always have win-win outcomes and never have lose-lose outcomes (badly governed societies are littered with losses and history is littered with the remains of badly governed societies). Nor is it to say that the powerful and the treacherous never exploit the weak and the naïve; exploitation — ranging from clear-cut parasitism to subtler inequity — is often possible in non-zero-sum games and history offers plenty of examples. Still, on balance, over the long run, non-zero-sum situations produce more positive sums than negative sums, and more mutual benefit than parasitism. As a result, people become embedded in larger and richer webs of interdependence.

To stay updated to WeNet news and developments, subscribe to our newsletter http://bit.ly/WeNet_subscribe

RT @NGI4eu: Join our high-level online webinar on 🗓️31 January 2023 & explore the evolution of #DigitalCommons & how it can support #EU tow…

RT @NGIoT4eu: 📢Forge winning #partnerships for the #HorizonEurope Work Programme on #data and #computing technologies. Pitch your idea or…

RT @NGI4eu: 📢We are excited to announce that Nele Leosk, Ambassador for #DigitalAffairs of #Estonia - @MFAestonia, will be our keynote spea… 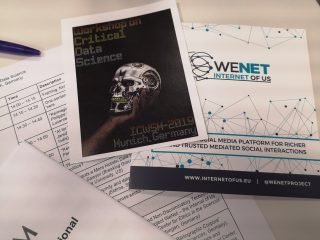 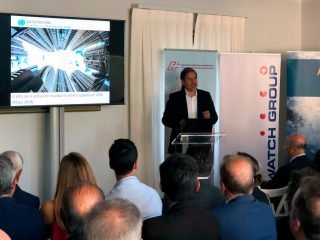 Next Post (n) WeNet at Swiss Innovation Night 2019 in Madrid